Greetings and welcome to another episode of Tallavanor’s tales. Last time, our heroes dealt with a mob, a monster, and a mystery that only seemed to deepen with every passing moment. Into the fray! 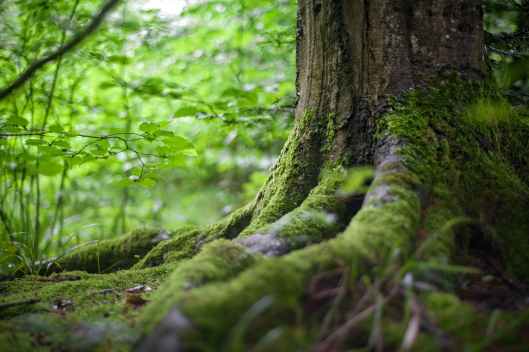 Photo by mali maeder on Pexels.com

The priest’s words shook me. The real monster was in the castle?

“Who?!” I asked. The rain and lightening fell around us, but he remained quiet. Ignoring his answer, or lack thereof, my companions and I scattered. I checked over the scattered bodies of the villagers, managing to find a few who had survived the assault of the Shambling Mound. With the priest muttering prayers over us the entire time, we pulled the injured villagers back to the castle and managed to convince them to let us in. The castle’s air was warm, and I could practically taste the fear on my tongue. We herded them into the servants quarters, dressing wounds and calming fears.

I placed the most solid looking fellow on watch duty, and went to bar the doors to our own secret entrance below. I didn’t think it was too much to ask my tired and stressed body, but climbing back up the stairs made me see stars. I stumbled back into the servants hallway and practically collapsed on one of the beds in the servant’s quarters. Alastair was busy seeing to the injured – I’m not sure how helpful he was being, and at least one of the villagers seemed to have turned a sickly shade of green, but….I was too tired to care at the moment.

I crashed hard for an hour. I was used to these short rests from the long nights on duty in Tres Abellies, but this was deeper, more restful than any I’d had in recent memory. Perhaps it was the exhaustion. Perhaps I was just getting used to this more stressful calling. Who knew?

Claudia crashed as well, but the bard needed more rest than I. Gregario, on the other hand, said he had some investigation to do. While I’d only known him for a short time, I trusted in his willingness to get to the bottom of the maddening case. Who had the Count? Why put the torch to his own castle? Who was behind this?

And how was my beloved Baron of Tres Abellies involved?

When I awoke, Gregario was sitting next to me, hunched over a folded piece of paper.
“Glad you’re awake, Shield Leftenant. I searched the office and the Count’s bedchamber. He had a secret safe.” He held out the letter. I sat up, wiping the drool from my face. “Elegant.” Gregario said, mouth twisted slightly. I ignored him and took the letter.

“No, written in some type of cipher. Except this section here.” He tapped the bottom of the paper. Count Magnus I read. Interesting that the letter itself would be in code, but the author would chose to leave his name exposed for all to see. It looked like the letter we had delivered to the Count not two days prior.

“A cipher has a codebook – a codex – did you find it?” Gregario shook his head.

“Just the cipher key, but I couldn’t find a book that might hide it. It must be on the Count himself.”

“Or he took it with him.” I still thought the odds of the Count being in on the ‘kidnapping’ were relatively high. “Should we wake Claudia? I doubt the retired sergeant would be of any use with the cipher.” Gregario shrugged.

We knocked on the door to the smaller, private servant’s quarters. Home to the late, unlamented Tresfor, she’d taken advantage of the privacy of the room. We knocked, then entered at her response. Upon showing her the cipher and letter, she shooed us out and promised to take a look at it. With nothing much else to do, Gregario and I did a round about the castle, looking through the windows out into the stormy night beyond. The rooftop fire had been smothered by the incessant rain, much to our happiness. I admit to checking the bar on the front door. Gregario and I each spent a turn on watch, tapping the villagers as we both fell asleep.

The next morning I made breakfast. Yes, I know. It’s important to get a good start to the day, and the castle kitchens were untouched and begging to be used. I cooked up a mean egg, potato, and bacon mash. Delicious. We found the servant’s hall empty. I was slightly concerned, especially when we found the front door ajar. Was something afoot? Hand on my pistol, I exited into the wan morning light, finding the day much like the night before. Rainy and damp. The villagers were outside, gathering the bodies of the dead and digging graves.

I wanted another chance to talk to the priest, but Claudia got there first.

“Who is the monster? The Count?” The priest shook his head.

“No, something far worse.”

“A monster of the Count’s own making. He confessed that he had contained it. Not killed it. It’s below the mausoleum.”

Excellent. A Count obsessed with Necromancy and Alchemy. A kidnapping. An ambush on the way to the castle and a group of villagers determined to kill us. Add on another group of amateur would-be monster hunters lead by an itinerant priest and you have the makings of one impressive mystery novel.

It looked like we’d have to investigate the crypts again. Not what I wanted to do this morning. At least this time we’d bring the priest with us.

Be sure to subscribe to the blog to get more Tallavanor’s Tales and other writing, life, and nonsense related things!