Daniel Ottalini is the author of The Steam Empire Series, 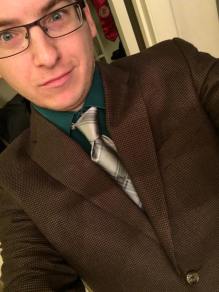 a fantastical Roman-Steampunk Alternate History story brought to life in his debut novel, Brass Legionnaire. Daniel has been an avid reader all his life, starting at the grand old age of three. As a young boy, his room was overflowing with books, trains, airplanes, and toy soldiers. It’s always been his dream to write a novel, and his first, Brass Legionnaire, was the winner of the Electronic Publishing Industry Coalition’s 2013 eBook Awards for best Action Adventure Novel. It is available on Createspace, Amazon, and through Smashwords. It is the first of a five book series written for e-book and POD self-publishing services. Since publishing his first novel, Daniel has gone on to publish four more, Copper Centurion, Iron Tribune, Steel Praetorian and Laurel Emperor. In addition, he has published  three novellas, Antioch Burns, Roma Aeronautica and the Last Gladiator. Two more novellas are planned for Spring 2021, and Summer-Fall 2021. He’s also branched out into writing up his Dungeons and Dragons Campaign ideas, characters, and story write-ups.

When not writing in his minuscule free time, Daniel is a full time teacher. He lives in Maryland with a large supply of writing paper, plastic toy soldiers, and resource books and his wife.

6 thoughts on “About Daniel Ottalini”