Welcome to the first installment in what I hope will be a continuous act of writing – the journeys of Tallavanor, my newest D&D character. My goal is simply to improve my world building skills and help me remember what happened each time. So without further ado, Tallavanor will take over.

The passage north was dreary, but the wind carried us gallantly, bearing us towards the province of Skona with the utmost speed, almost afraid of the vast, unending bank of storm clouds building behind it. I knew a storm when I saw it, and no mariner craves a challenge with the Tempest gods. Thus, my arrival in Orsund, principle city of Skona as the first fat rain drops began to fall was fortuitous. 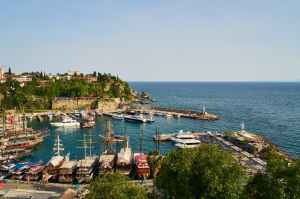 Photo by Engin Akyurt on Pexels.com

Naturally, I, Shield Lieutenant Tallavanor Demetrius Schell of the Baron’s Watch – That’s Tres Abellies, not that piddling Barony of Portmond, mind you – proceeded to seek out the nearest officers of the watch. It was only right and correct that I, a visiting officer of the law err – politely investigate the goings on in the city while I awaited my companions. It was the morning of our meeting, and I wanted to see what was happening.

The on-duty officer of the watch was only to willing to share – smuggling, that’s what was going on. Then again, I suppose smuggling is always what’s going on in any port city. While small talk and professional discussions can go on forever, I noticed the time and  promised to keep an eye out.

I had an appointment with some others. Who, you may ask?

Well, I wasn’t so sure of them either.

Upon first arrival at the Black Goat Inn, I was introduced to one Gregorio Vernu, some minor lordling from …well…somewhere that is probably the back end of nowhere. I’ve never heard of them, except from him, and his shifty character means I will be keeping a close eye on him, fancy clothing and words or not. We exchanged information about why we’d been sent here, and I talked about the honorable Baron and the orders sending me north.

I was mid-rereading his letter while sipping a cup of mead – poor quality, to be honest, nothing like what the poorest Tres-Abellies brewmaster could turn out – when the bard came over. She introduced herself as Claudia, and I immediately felt a kindred spirit – we both knew Gregario was up to something, and that this mission we had been sent on reeked of undercover work, or perhaps, criminality.

With her arrival in our party, the innkeep walked up and delivered two letters. “One for you to deliver, one for you to open if Count Usher does not follow through within 3 days.” We questioned him further, but to no avail. The bard and I took the letters, not quiet trusting that our not-so-honest companion – Gregario – would be good about keeping the contents sacrosanct.

“Your carriage awaits. But please, wait one moment while I fetch the last member of your party. He…It…will meet you outside.” Ominous, to say the least!

We walked out into the worsening storm, the carriage driver handing over a large bag of gold and opening the door. That’s when we met our last member. Some type of bizarre walking metallic and plant growth humanoid – Vimx. His speech was stilted and strange, but he made his motives – if indeed it is a he – clear enough. He would accompany us on orders from his creator. While we have yet to discover who his creator is, he has proven a most , , aware ally.

With that, we left Orsund behind and headed north towards the village of Usher.

Like what you read? Subscribe and get more Tallavanor’s tales in your inbox! This is part one of what will hopefully be a long and exciting series. Click HERE to go to Part 2

1 thought on “Tallavanor’s Tales: To Deliver a Message”