DM Daniel here, and it is time to expand your background building. Coming at this from a novelist perspective, there’s so much we can do here! So let’s take a deep dive into the idea of world building – country and culture edition. Click beyond the line to learn more. 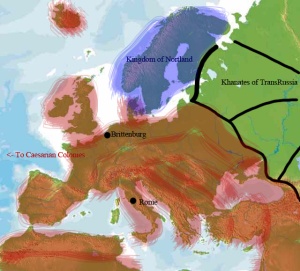 Last time we discussed the pitch and the background ideas. Today we’re moving beyond to flesh out our ideas.

So while you want to avoid making and recording ALL the details about ALL the cultures, especially since you’re not always sure where the PCs will spend their time, you do want some guidance and framework for constructing a culture. Many DMs, and other fantasy writers/creators use analogies – cultures in our world that we can transplant into the game. For example, Games Workshop used the Medieval French as their basis for the Bretonnians army in Warhammer Fantasy Battle. Harry Turtledove used Byzantines as the framework for the Legion of Videssos book series (and culture within).

One thing that I’m looking to do is not to use the most common cultures as analogies. Obviously, from the novels I write, that means I can’t use the Romans or Byzantines as analogies for my city states. From a DM side, this means that I can bridge out and explore different cultures than those usually in my compositions.

So let’s consider our nation-states from the campaign.

So there you go! Don’t always stick with your ‘traditional’ bad guys or good guys, and do some digging. As far as resources go, here’s a few that I’ve been cultivating that are really useful for additional information. (Affiliate Links FYI)

Be sure to subscribe to the blog to get more So You Want to Homebrew and other writing, life, and nonsense related things!