Josh Stanton does a Guest Post on my favorite topic – Alternate Steampunk! 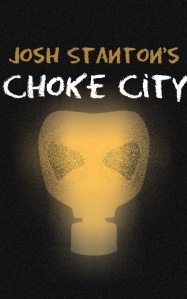 The following is a guest post by author Joshua Stanton, discussing one of my favorite subjects, alternate steampunk worlds or story types. Enjoy!

More often than not you will encounter traditional steampunk. Goggles, airships, mad scientists, crazy steam powered inventions. All set in good ol’ Victorian London, usually at the dawn of the industrial revolution.

This is, after all where steampunk started. The fathers of steampunk, K. W Jeter, Tim Powers and James P. Blaylock all feature Victorian London. So, no surprise that many books are also set there or at least in England.

There’s nothing wrong with this. Some of my favourite steampunk adventures are set on my shores, like Mark Hodder’s ‘Burton and Swinburne’ series, and Pip Ballantine and Tee Morris’ ‘The Ministry of Peculiar Occurrences.’ And yet, when I look at my read and to read pile, most of my steampunk adventures are set here, and not anywhere or anytime else.

So what is alternative steampunk? This is some of Daniel’s thoughts last year, ‘Alternative Steampunk.’ I’m thinking of books that haven’t been created yet. The exciting books that are still around the corner that explore steampunk and other themes. Not just in other locations, or even other times, but even other things entirely.

So, let’s start with location. I’m looking at America, thinking what would happen if steampunk happened there like Cherie Priest’s ‘Clockwork Century’ series. There are some good American steampunk books. But what about other locations?

This is where I draw flat. There isn’t that much out there. And why the hell not? Because I bet there are tons of stories out there. And I would read them all.

In this article, “The Problem with Asian Steampunk” by, Jess Nevins, she discusses that if there was steampunk out there, it doesn’t just have to be about samurai and geishas. That each country has a rich history. But is the problem that authors are not brave enough to write about it? I know if I were to set my writing anywhere else I would want it well researched.

Apart from locations, what about the multicultural aspect? Have I read any book that featured a black protagonist? No. There isn’t much out there. In this interesting interview with, “Return of the Twinjas! Steampunk, Dieselfunk and Rococoa: Diversify your Steampunk” with Balogun, he explores steamfunk, and writing about African and African Americans. He raises a great point that steampunk is not whites only. It is for everyone.

And what about homosexual steampunk? I was happily surprised when researching this on Goodreads, that there were more than I expected. This was such good news as I was worried that this topic might not even be touched upon.

And of course, I am not forgetting time period. Our host Daniel Ottalini put steampunk into the Roman era. As far as I know, it hasn’t been done, it is completely alternative. I would love to read works set in a variety of eras with steampunk infused. I’ve even got an idea of Egyptian Mechs that I would love to play with one day. For now I’m settling with, Choke City, a steampunk horror.

There are alternatives to what we deem is traditional steampunk. It is just a matter of tracking it down and giving it a try. I’m looking forward to the future when authors are brave enough to tackle ideas like this.

Lastly, a thank you to the host Daniel Ottalini for allowing me to guest blog. It has been a fascinating journey exploring the alternative.

You’re very welcome, Josh. Please check out his books and writing on his blog. And if you haven’t already, be sure to subscribe to both of our websites to get the latest on steampunk, writing, and exploring new universes. Check him out on twitter and on facebook as well!

2 thoughts on “The Steampunk Alternative: A Guest Post By Joshua Stanton”