Exploring the New World as a Roman

As part of the world of the Steam Empire Chronicles, I’ve mentioned the ideas of colonies in the new world multiple times. Indeed, there’s a variety of reasons that Rome would indeed seed and establish colonies in the ‘new world’ or Caesaria, in the novels. From ‘expansion space’ for retired veterans, to the ever driving need for new markets, slaves, and farmland, etc. A Rome with stronger, more stable neighbors, would need an additional outlet.

END_OF_DOCUMENT_TOKEN_TO_BE_REPLACED

Sorry for the delay in posting but I wanted to have a lot to share! Below you’ll find a sample illustration and the final cover and back cover illustration/artwork. I’m really excited to share these with you. Kickstarter backers have access to almost all of the illustrations as well, which come as a perk of being a backer!

With these done, and the maps being finalized, all that remains is for me to double check all the formatting and illustration locations, receive the final files and upload them to the Amazon, B+N, and Smashwords book sites. With that done, I can order proof and final copy print books and prepare to send them out to all my backers and then place them up for general sale! Without further ado, here’s the illustrations. 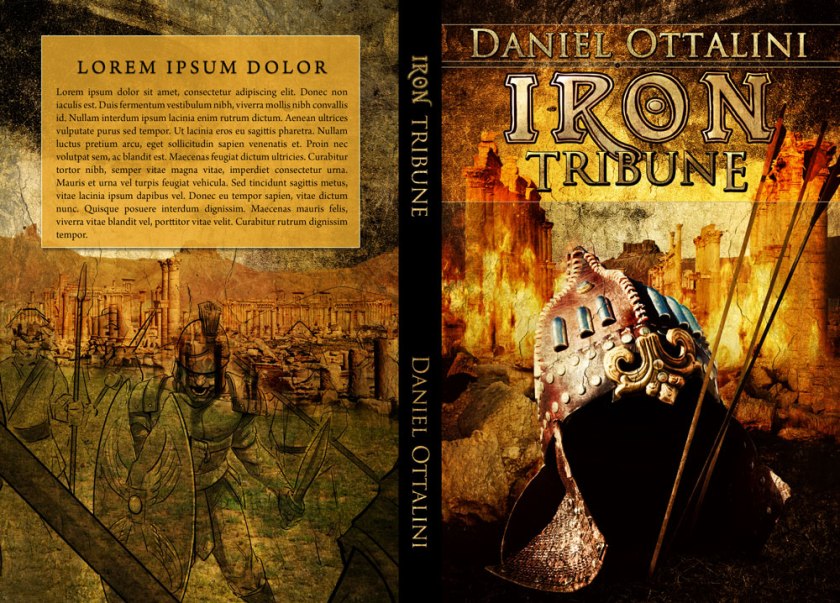 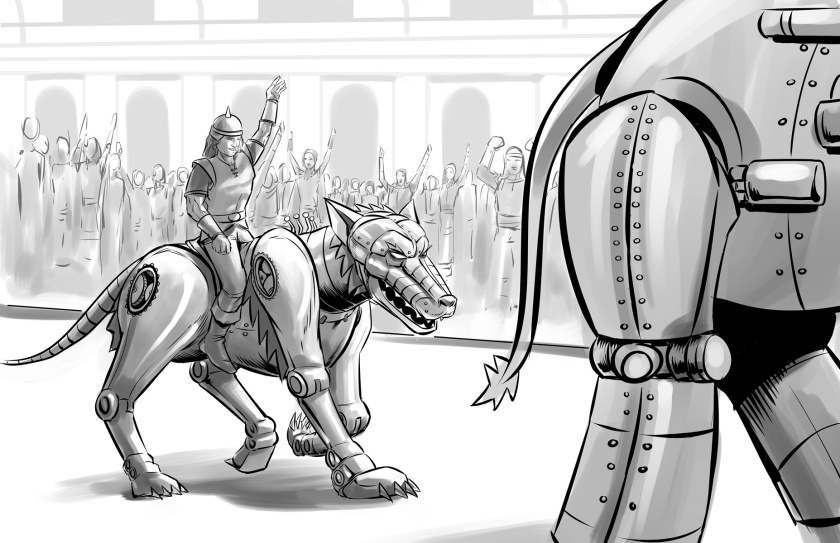 Can’t wait to share the entire book with you!

Oh, and did I mention there’s a good chance I’ll be getting The Steam Empire Chronicles translated into a different language? I’m in negotiation with a company to license and distribute my book in Portuguese. We’ll see where it goes, but I’m excited to explore this opportunity!

Part 5 of the Border is now ready for your enjoyment! Also, read to the end to learn about the next step for Iron Tribune! Don’t miss this update!

Salve! Part 5 of the Border is here for your reading enjoyment. With the Quadi close to escaping, Perula leads his men on a series of desperate charges. But can they stall the barbarians long enough for their allies to reach them? Not sure where to start? Read Part 1 and Part 2 now to get the low-down.

Be sure to read to the end of this part, as I’ve some extra information on Iron Tribune You’ll be interested in hearing!

END_OF_DOCUMENT_TOKEN_TO_BE_REPLACED

Part One of the Border, the beginning of a short story set in the late Roman Empire.

So while I wait for the kickstarter, cover art, editing, and everything else to fall into place, I found myself inspired by some miniatures that I’ve been working on. This story doesn’t fall into the world of the Steam Empire Chronicles, but maybe I can blend it in later (depending on the response).

Let me know what you think below! All commentary is welcome.  END_OF_DOCUMENT_TOKEN_TO_BE_REPLACED

A sneak peek at Antioch Burns, my second novella coming out late 2013. 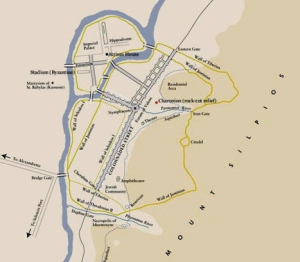 I talk about what I’ve learned about including reader character creations into my novels, and an update on new characters in Antioch Burns!

Hi all,As many of you may know, I recently completed a Kickstarter program that helped me to fund a large portion of Copper Centurion’s cost. This go around, I offered a reward level that allowed the backer the option to create a character in my upcoming novel, Steam Empire Chronicles #3 – Iron Tribune.

However, I thought it would be easier – and better – to have the characters (or several of them) introduced through a novella – in this case, Antioch Burns. I’d like to share with you what I’ve discovered from my experiences.

Then I waited.. and waited..

You get the point. So I started out writing the novella, and to my surprise recently got a very large ‘info dump’ of information that will be extremely helpful in writing this particular character. But I did have to go back and rearrange some parts of the story – which was fine, I was just three pages in.

2. Accept the fact that people may not commit – Yes, even if people say they want to help, they may not. Oh well, nothing I can do.

3. Remember that every character you get is a blessing! Look at it this way, I don’t have to come up with a very detailed background for this character, nor a name (easier in some genres, harder with Roman background) – Also, I don’t have to come up with characteristics or habits, as someone has already done that for me. Indeed, I was able to start spinning the story in a direction I think I like.

By the way, if you haven’t already, be sure to check out my novels Brass Legionnaire and Copper Centurion. I’m exceptionally proud of both of these novels, and they’ve reached #2 and #6 on the Steampunk Amazon Chart in the last week or so. In addition, Both novels have been consistently ranked top ten in multiple ebook categories (Greek and Roman, Myths, and Alternate history being a few).